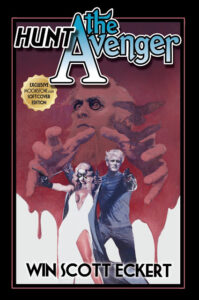 Out of tragedy, a hero is born! In the roaring heart of the crucible, steel is made. In the raging flame of personal tragedy, men are sometimes forged into something more than human.

A figure of ice and steel, Richard Benson is an avatar of vengeance—a chilled impersonal force of justice masking a cold genius and nearly supernatural power behind a face as white and still as arctic frost. His pale eyes, like a polar dawn, only hint at the terrible force evildoers heedlessly unleashed the day they created…The Avenger!

In the annals of Justice, Inc.’s battles against spies, crooks, and killers, only one malefactor has escaped The Avenger’s clutches not once, but twice—Baron Ulrich Blau-Montag, the half-man, half-machine known as the Iron Skull!

But when Benson and his cohorts partner with the mysterious and saucy Domino Lady to hunt down the demented half-robot, and go on to clash with other supervillains, such as the Nazi spy Werner Konrad and a diabolical weapons dealer known as the Countess, a frightening pattern emerges…are they the creatures of a hidden puppetmaster? 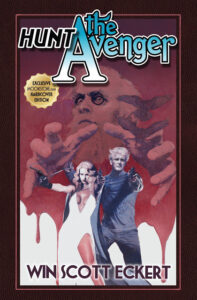 And is Benson the hunter?

This book is only available from moonstonebooks.com!