Philip José Farmer and the Pulps! 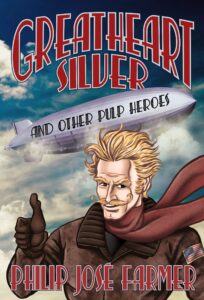 The next two items, “The Grant Robeson Papers,” and “Savage Shadow” also appeared in Weird Heroes, and set up a fantastic premise that was never fulfilled and will leave you wanting more.

The final story, “Skinburn” appeared in the Magazine of Fantasy & Science Fiction and is the most scifi of these stories, while still giving a nod to the pulps.

Here’s something new—based on your feedback and buying trends, we’re only releasing this book in hardcover. 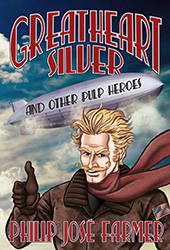