Watch Your Back, Mr. Minamoto 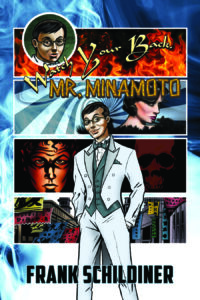 Meteor House and Frank Schildiner are pleased to present Watch Your Back, Mr. Minamoto, a tale of suspense, action, and ancient horror!

1927: Shanghai is aflame. Blood bathes the street as the Kuomintang slaughter the Communists by the hundreds. Striding through this land of terror and death is a mysterious Japanese gentleman who only calls himself “Mr. Minamoto.”

On the trail of professional assassin Igor Dragomiloff, grandson of the legendary master of the Assassination Bureau Ltd., Minamoto seeks to stop his foe from accessing an ancient evil: the secret knowledge of an ancient tribe of cannibalistic killers who worship long-forgotten gods.

But is protecting the world the enigmatic Japanese man’s only motivation? The answers lay within Watch Your Back, Mr. Minamoto! 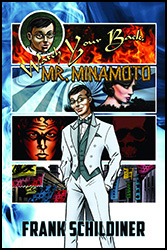