Philip José Farmer worked on The Monster on Hold, the fourth novel in his Secrets of the Nine series, in the 1970s and ’80s, but never completed it or any additional works in the series. Using Farmer’s partial manuscripts and copious notes, Win Scott Eckert, co-author with Farmer of The Evil in Pemberley House, has completed the novel at long last. 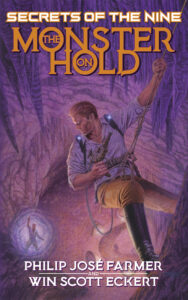 They were known simply as the Nine. Grim and ancient rulers who discovered the key to eternal life thirty-thousand years ago, and ever since have held the world secretly in thrall. These dark manipulators control the destinies of billions, including the formidable Doc Caliban, Champion of Justice. Once, Doc had been their servant and had shared their secrets. Now, appalled by their tyranny, he and his half-brother, Lord Grandrith—bastard son of Jack the Ripper—have turned against the Nine, daring to challenge their centuries-old supremacy.

In the eighteenth century, the Nine had been faced with a similar revolt and, in desperation, summoned a thing from another dimension—a thing with the power to touch the subconscious and cause nightmares. And that thing—Shrassk—was held in abeyance in a deep cavern complex below New England.

Now, Shrassk and her Children have awakened.

Caliban, suffering from recurring nightmares in which he sees somebody much like himself—and who in these visions seems to be dreaming of Caliban—gathers his closest allies for a final showdown. Together with longtime associates Pauncho Van Veelar and Barney Banks, and his titian-haired cousin, Trish Wilde, whose superhuman skills match his own, Doc descends deep into the subterranean complex to confront an infinite evil, the unspeakable dweller lurking at the threshold between two universes… 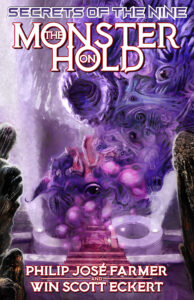 Featuring an introduction by Bronze Gazette editor Chuck Welch, The Monster on Hold is available in a Trade Paperback (featuring cover art by Doug Klauba) and a Signed Hardcover Limited Edition (featuring a wraparound jacket by Mark Wheatley). Each edition also includes interior artwork by both artists. The hardcover will be signed by Win Scott Eckert, Chuck Welch, Doug Klauba, and Mark Wheatley!

Let’s take a look at the table of contents:

This book is available in a Trade Paperback and Signed Hardcover Limited Edition. The hardcover features a leatherette cover with gold foil stamping, colored end papers and four full page color interior illustrations (including the paperback cover art as a frontispiece). A fine quality collectible edition to be sure. 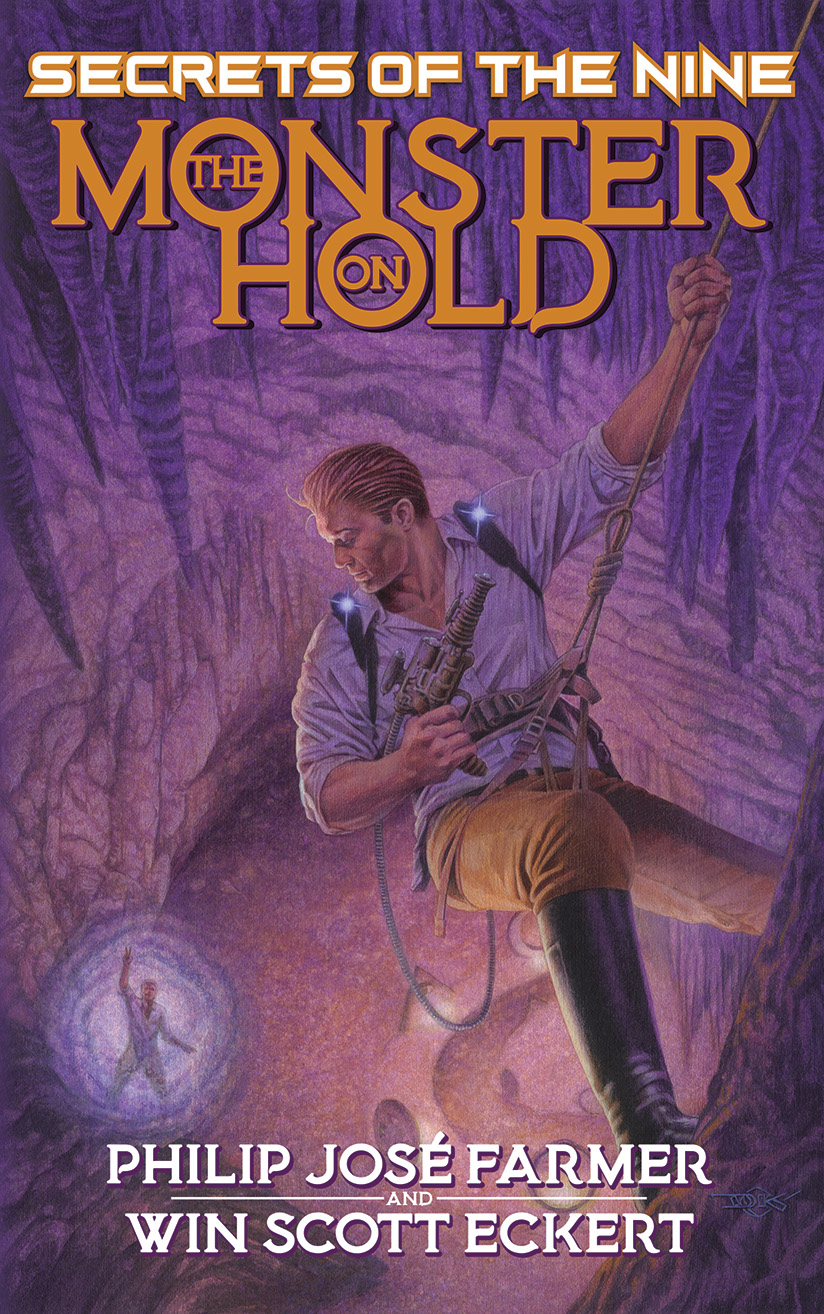 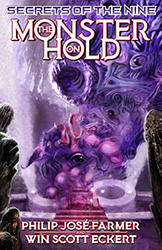 Win Scott Eckert is a novelist, editor, essayist, and writer of short fiction. He is steeped in the works of famed science fiction writer Philip José Farmer, particularly Farmer’s shared universe literary-crossover Wold Newton cycle and the Lord Grandrith/Doc Caliban series. He is also the authorized legacy author of Farmer’s Patricia Wildman series (The Evil in Pemberley House, The Scarlet Jaguar). His latest releases are an authorized Avenger book from Moonstone Books, Hunt the Avenger (2019) about the 1940s pulp hero, and an authorized novel in the new Edgar Rice Burroughs Universe series, Tarzan: Battle for Pellucidar (2020). Find him online at www.winscotteckert.com and @woldnewton (Twitter).