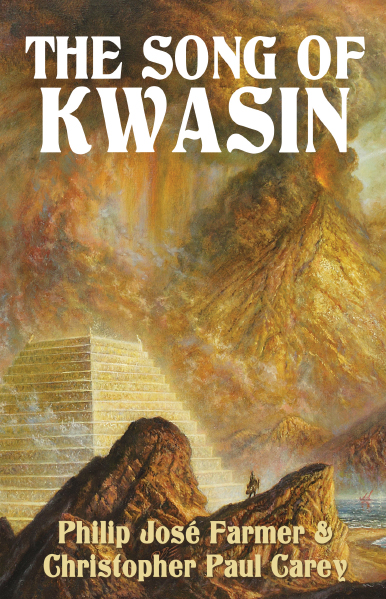 Meteor House is pleased to announce the first-ever standalone edition of Philip José Farmer and Christopher Paul Carey’s critically acclaimed novel The Song of Kwasin, the third volume of the Khokarsa series. The Song of Kwasin previously appeared only in an expensive hardcover omnibus collecting the first three novels of the Khokarsa series and it has never been published alone in its own volume! So if you’ve read Hadon of Ancient Opar and Flight to Opar, and have been waiting for the epic climax to Philip José Farmer’s original Khokarsa trilogy, this new Meteor House edition—available as both an affordable trade paperback and a collectible signed limited edition hardcover—is your chance to finally read the thrilling, adventure-packed third book!

Meteor House’s new edition of The Song of Kwasin also features cover art and a frontispiece by Hugo Award-winning artist Bob Eggleton as well as rare and previously unpublished bonus materials, including:

Volume 3 of the Khokarsa Series

The epic sequel to Flight to Opar!

After years of exile in the Wild Lands, the giant warrior Kwasin of Dythbeth returns to the mighty Khokarsan Empire seeking the oracle’s forgiveness, only to find his native land torn asunder in a bloody civil war. The tyrannical King Minruth has usurped the throne from his daughter Awineth and, allied with the priests of the sun god Resu, overturned the beneficent, centuries-old rule of the priestesses of the goddess Kho. His spoiled cousin Hadon having fled with his companions to far-flung Opar, Kwasin soon finds he will have to take up the cause alone against Minruth the Mad.

Wielding his massive Ax of Victory, forged from the heart of a fallen star, Kwasin sets out to reconquer the throne of Khokarsa. But when he finds himself caught between a vengeful queen who seeks to control him and a conspiring priest who wants him dead, Kwasin must decide between reining in his unruly passions or unleashing them in a fury that could hurl the empire into oblivion. For the high priestess has decreed that unless Kwasin can master his wild nature and stop King Minruth before he attains immortality in an unholy ritual of the sun god, Great Kho will destroy all the land!

The trade paperback edition is $22 (plus shipping).

The hardcover limited edition is $33 (plus shipping).

Or you can buy them together for only $50 (plus a further discount with combined shipping)! 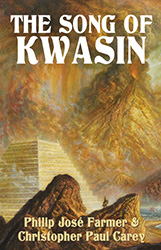 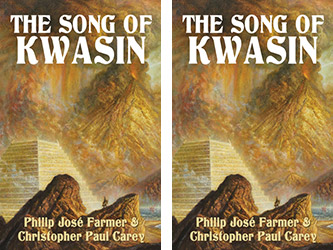 Three-time Hugo Award winner, and Nebula Grand Master, Philip José Farmer (1918–2009) has long been recognized as one of the foremost writers in the fields of science fiction and fantasy. He is best known for his Riverworld, World of Tiers, and Dayworld series. Visit his official website at www.pjfarmer.com.

Christopher Paul Carey is the author of Exiles of Kho, Hadon, King of Opar, and the forthcoming Blood of Ancient Opar, all tales set in the lost civilization of Khokarsa. His short fiction may be found in numerous anthologies, and he has edited many collections, anthologies, and novels. Visit him online at www.cpcarey.com.