By all accounts, FarmerCon X was a huge success! Everyone involved with Meteor House had a great time catching up with old friends, and making new ones.

We also sold a lot of books and as predicted a lot of our Signed Limited Editions are close to selling out. We should have all our preorders shipped by early next week, and then we’ll know how many of these titles we have left. 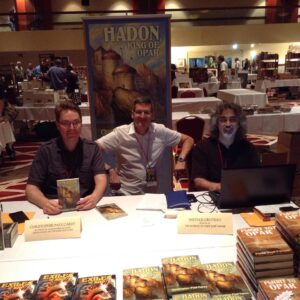 If you didn’t come this year, or have never come, check out these photos and think about coming next summer.